Not posted in a bit, so here goes.

The running is going pretty well.  Did a longer (7.5km) run along the canal last week, and the legs felt good.  Breathing was fine too.  I could have kept going, but it was a lunchtime run, so getting back to work and grabbing a shower in the time I had left, took precedence. We’d reigned the pace in a bit to concentrate on distance, so now I know I can easily do 7,5k, it’s time to get back to running 10k, and once the distance is ticked off, I can do some speed sessions, and concentrate on bringing my time back down.
There’s a 10k in Paisley at the end of August, so I’ll enter that and give myself a target to aim for.  After that, it’s back to upping the miles with the aim of the Glasgow half in October.  If that isn’t looking likely, then I’ll enter the 10k instead. I’d rather do that than go for the longer distance, and not finish, or not enjoy it because I wasn’t prepared properly.

In other news, yesterday I picked up some acrylic paints.  A few people have told me that they’re easier to use as a beginner, than watercolours, so I’ll give it a go and see how I get on.  Anything not totally horrendous, I’ll post up here.

I’ve also been getting stuck in to the garden, and have a wee project I’m wanting to do at the bottom, where there’s a wee slope that I can’t really do much with, and it’s got all overgrown.  Yesterday I started reclaiming it.  I may uncover a lost civilisation.  Who knows!

Yesterday I took part in my first race since I stopped running 7 years ago.  It was the Men’s Health Forum Scotland 5k.  I’ve only been back running for the last four weeks, so I was just looking to get round, and not worrying about a time.  So it was really good to come in with a time of 25:05.  I’ve looked back at times I got when I was in the running club, and they were around 22/23 minutes for a 5k, so I’m really chuffed with my time.

The plan now is to up the millage and not concentrate on speed.  Then I can get back to doing 10k’s regularly, and then up the millage to 10 milers, like I used to do for training runs in the past. (You know you’ve crossed a line when you you say you’ve been for a “wee 10 miler” when someone asks what you did when you were out running)

For the moment though, I’m basking in the glow of my result from yesterday.

I’ve been off work with a stinking cold, and passed the time watching movies, including Annie Hall, Manhattan and Francis Ha.  It got me thinking that life would be really cool if it was like one of these New York set movies where everyone is friends with artists, writers and musicians.  Life like one of these movies would be cool.

Then came the realisation.  I know artists.  I know writers.  I know musicians.  I know all these people.  Hell, my sister in law is a sculptress.  We just don’t have pretentious parties where a lot of words are spoken, but nothing is said.

I guess Glasgow is just more down to earth than the image of New York portrayed in these movies.

That being said, it’s still kind of cool imagining that life could be like that.

Went in-line skating on the seafront at Troon last night.  Was the first time I’ve skated outdoors, and was a load of fun.

Didn’t get any weird looks as in “You’re too old to be doing that”, which was good.  I also didn’t go arse over tit, which was excellent.  Definately need to get out on the skates more.  It’s great excercise, and a lot of fun. 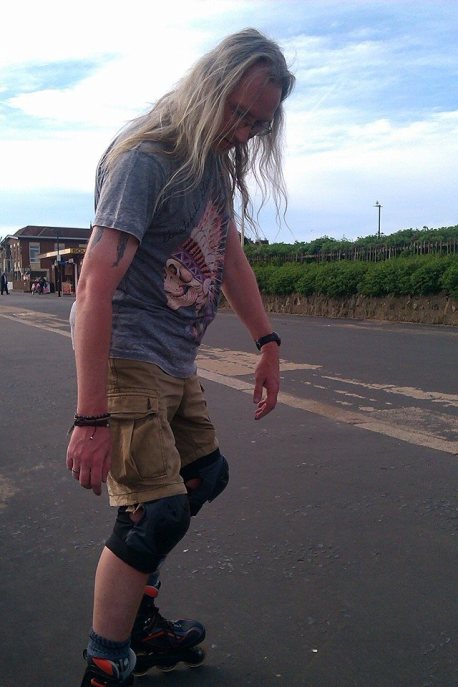 For seven years, I was in a running club.  I loved it.  During that time, a karate club started up in my work, and I went along as I thought it would be fun and a good way to keep fit outwith the running.  I also thought it would be good for my self confidence, and self discipline.

About five years ago I had an attack of gout and couldn’t walk never mind run.  When I was able to walk again, I went back to the running club, and discovered my stamina and fitness levels had crashed and burned.  Not being keen on running on my own, getting back to where I had been wasn’t going to happen (lack of self discipline) and the running pettered out, and was replaced by the karate.

About a month or so ago, I got a notion and when out for a run.  Sure it was short and slow, but here’s the thing.  I loved it.  I got the buzz again that I used to get all those years ago.  I also found that I could run on my own thanks to some self discipline from the karate.

In the time since, I’ve also discovered, that (like the running) the majority of people who go to the karate, eat, sleep and breathe it.  I’ve realised that I don’t.  It’s just something I do.  Yes I enjoy it, but if the club folded and I couldn’t do it again, I don’t think I’d be that bothered.  I’ve also discovered that sport wise, running is definitely my first love.  Especially now that I seem to be in a frame of mind that lets me go for a solo run AND push myself.  That’s something I could never do before. 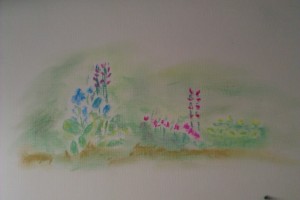 Not sure why, but thus guy won't let Satans' cows have a nap. I don't remember Satan the Dairy Farmer being a bible story. Maybe I should have paid more attention as a kid.
Nicked from a friends fb feed.
Some light entertainment tonight from the awesome @robzombieofficial #robzombie #houseof1000corpses #devilsrejects #3fromhell
I have #mochi Life is good.